Royal Dutch Shell Plc had been turning out about 2.7 million barrels of oil each day until the novel coronavirus took hold of the world. Demand for oil, the company’s core product, dropped almost a third in April, and the price of West Texas Intermediate briefly dipped into negative numbers for the first time.

It’s not easy to run an oil major when people suddenly stop needing oil. Chief Executive Officer Ben van Beurden responded by slashing spending and cutting Shell’s dividend for the first time since World War II. And, as critics warned, the company remains saddled with debt from its $53 billion acquisition of BG Group in 2015.

This precarious moment for oil makes van Beurden’s push to establish a post-fossil fuel identity for the 113-year-old company more essential—and difficult. He’s not even sure he wants to be known as someone who runs one of the largest oil producers in the world. “The very fact that, in this interview, you referred to us as an oil company is symptomatic of the problems that we are facing,” he told Bloomberg Green.

As if to prove the point, van Beurden released a new climate plan in the middle of an historic oil price crash. The goal is to cut all emissions to net zero by 2050, including so-called Scope 3 emissions generated by customers burning Shell’s products. Every internal combustion engine, every power plant, every petrochemical factory—all downstream fossil fuel consumers will one day be required to capture their emissions, or plant forests in compensation.

Only three other oil majors—Total, BP, and Repsol— share van Beurden’s ambition, and each applies disparate definitions and methods for attempting to become a paradox: the emission-free oil company. Shell’s plan is perhaps the most ambitious. Success will mean taking steps no oil company has attempted before, such as selling oil and gas only to customers who have the means to eliminate or offset their emissions.

Van Beurden, a father of four, spoke to Bloomberg Green by phone on May 14, a time when oil prices were well below half their pre-pandemic levels. He discussed his fears of a disorderly energy transition, his call for increased government action, and his plans to keep shareholders happy. The interview has been edited and condensed for clarity.

How do you face your children’s questions about climate change?

My children span the ages of 10 to 25. On the 25 end of things, we have deep philosophical discussions. My son understands what we’re doing. He may be critical, but I have convinced him on my fundamental understanding. With the 10-year-old, of course, you can’t. What you can do with a 10-year-old is to say, “Do you trust Papa to do the right thing for you?” And she will say, “Yes, I trust you. I know you love me. I know you will do the right thing for me, and therefore I believe in you.”

That’s the nice thing about a 10-year-old. We can’t have that attitude with society. If I asked society, “Do you trust me to do the right thing?” I think I know what the answer is. So we have to work harder to reestablish trust where we have lost it and to strengthen it where we haven’t.

What are you doing to gain back that trust?

It bothers me to no end that we’re being seen—not by our customers, by the way, but by segments of society—as almost an unwelcome player in the energy scene or in society as a whole. Forgive my bias, but I don’t think that it’s deserving fundamentally, and I don’t think it does us justice. It doesn’t do justice to the people in Shell. It doesn’t do justice to the things that we are doing at the moment.

I fundamentally believe we have a core role to play in the energy transition: the capabilities that we have, the scale that we bring, the insights, and everything else. The very fact that, in this interview, you referred to us as an oil company is symptomatic of the problems that we are facing. We’re a much more sophisticated and integrated energy player, and we’re trying to grow our nonoil part much faster than the oil part.

Your climate plan relies on working with other industries in developing technology, helping your customers put net-zero emissions plans in place, or buying offsets for them. Has anything ever been done on this scale before?

The Montreal protocol to deal with the ozone layer problem and ozone-depleting gases was a clear effort that required massive orchestration initiated by industry. That’s a simpler proposition, because that was just the suppliers of this material that came together with a number of governments. The energy transition is massively complex. It will require orchestration on a scale that the world has never seen. If you don’t start with it soon, it’s going to be highly disruptive at the end or it’s not going to happen. And both are unpalatable conclusions.

You can say it’s a bit of a leap of faith. But then I would also say that it’s a leap of faith for society to say we’re going to get to net zero by 2050. If as a society we need to get to that point of net zero, I would hope and suggest there aren’t going to be too many businesses left who say, Well listen, you know we’re not going to be a part of this net-zero approach.

All that will need a very heavy-handed government. Do you support that?

If we believe that somehow the market is going to take care of this, that you put a price on carbon and everything will sort itself out, or that we can shame companies into doing it by having ESG frameworks that will tell them what is right and what is wrong, then I think we’re kidding ourselves. This needs a very significant interventionist approach, and all industries have to be part of the intervention.

One way to shape government intervention is through lobbying. For example, Shell is a member of the American Petroleum Institute and the Western States Petroleum Association, whose climate policies don’t align with Shell’s. When will you resign your membership in the groups that don’t align with your climate plans?

Many of these institutions aren’t just lobbying groups. They’re very good institutions to help set standards to make sure that we run responsibly our operations, etc. They do take positions, as well, and we want to make sure that the positions mirror the positions that we stand for. Where that’s not the case, we’ll try to influence and moderate and modify and everything else. And if we feel there’s no progress anymore, then we’re better off to say, “I’m sorry, we have an irreconcilable difference of opinion,” and we step out of it.

Assuming you don’t get government support to advance research in hydrogen production and carbon capture and storage, what will you have to do to make those viable?

Stay with the program a little bit longer. That’s exactly what we’re doing. You could take a negative view and say we knew that hydrogen was a good thing and we knew that CCS [carbon capture and storage] was needed, but it hasn’t happened. I’m not signing up for that approach. We need a lot of hydrogen in the mix. We need significant CCS. My prediction is that in the next few years you will see CCS projects come off the ground. You will see very large-scale hydrogen projects come off the ground as well. And I hope we will be associated and involved in each and every one of them.

How do you see Shell’s role in developing next-generation energy technologies such as small nuclear power plants or cheaper solar or floating wind turbines?

We tried that, and it didn’t work. Others could spend much more money on it with much lower return expectations. But we should actually work with the underlying commodity and the attributes of electrons and hydrogen molecules that are being produced by it. Because that’s where our core capability is, and there’s nobody placed as well as we are to do that type of system integration.

Is what’s happening now a disorderly energy transition, which you’ve said is one of your biggest fears?

What’s happening now is disorderly, but it’s not a transition. We’re seeing that if you want to somehow cut out 25% energy use or hydrocarbon-based energy use, you need draconian measures to get to that reduction. You need to lock down people. You need to shut down the economy. It shows the magnitude of the challenge, how complicated it is, and what the consequences would be if you really wanted to have a very simplistic approach to getting rid of oil and gas.

Does the pandemic change when the world reaches peak demand for oil?

The 2015 acquisition of BG happened when the outlook for liquefied natural gas was very bullish. It’s not so bullish now. How do you see the future playing out?

We still very much believe that with the current supply-demand outlook, this is a fundamentally strong sector that will grow at a rate close to 4% per year. It’s the fastest-growing sector in the hydrocarbon space. And we’re the ones best positioned to take advantage. We will obviously flex our investment program to be aligned with where we believe the sector will go, but the profitability of the business and the outlook of this business is going to be as good as what you saw before the pandemic.

With a drastic cut in dividends, aren’t you risking alienating investors?

I would imagine the companies or investors who look at us merely as a dividend machine will consider us now less valuable. But then there’s another group that looks at the underlying intrinsic value of the company. There will be some investors who decide they don’t need to go elsewhere and some who will find it very interesting.

Is the dividend cut resetting expectations of lower returns in a green transition?

That is obviously not the reason why you would do that. We had to reduce the shareholder returns because we didn’t have the money to make these returns under the current circumstances. That doesn’t mean we can now invest in lower-return businesses. This energy transition requires a different type of investment and a different type of company. It’s not going to happen if there are no returns to be made.

But with oil at such low prices, how will you fund the transition to clean energy?

I would like to think that oil and gas prices, chemical and marketing margins will not stay at depressed levels. If they do, then we have a permanently changed world, and you have to then reinvent the company much more structurally than what we’re currently doing. At the moment, we’re taking countermeasures; we’re not reinventing the company. If there are less attractive investments available in oil and gas, then obviously the capital will be allocated elsewhere in favor of sectors that do bring good returns.

Are returns on renewables now becoming comparable to those on oil and gas?

By the time you make an investment decision in oil and gas assets, you’ve already spent a lot more money on the development of that asset. If you want to make a comparison between projects in the power sector, or even in the chemical sector and the resource extraction sector, you have to look at the return of the entire portfolio. If you do that, there isn’t that much difference. We expect to make 8% to 12% return in the power sector in which we’re building wind parks and solar parks. And 8% to 12% currently we don’t even make in our upstream business.
Haiko17 liked last!
wolfe, Haiko17 waardeerde(-n) dit
Omhoog 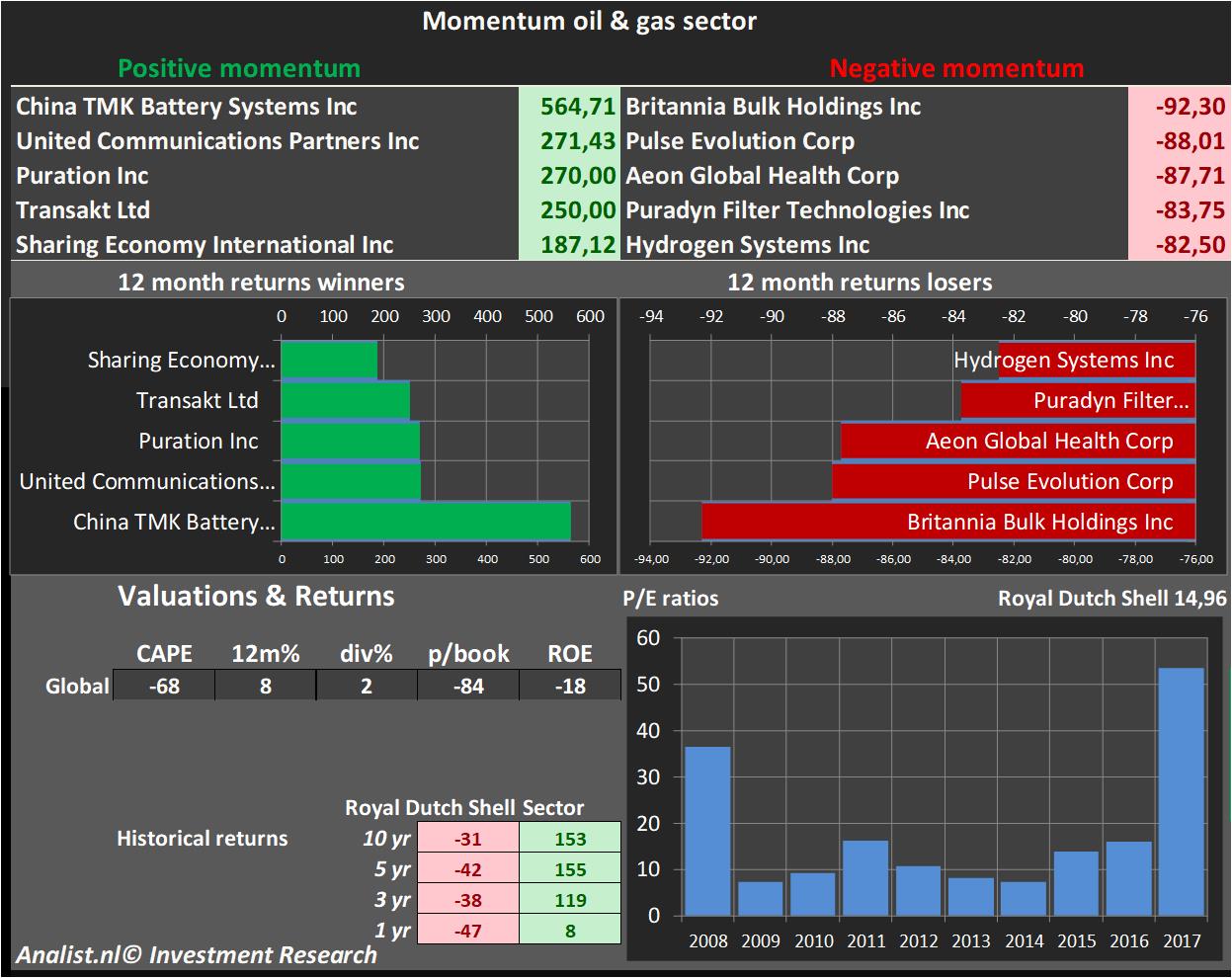 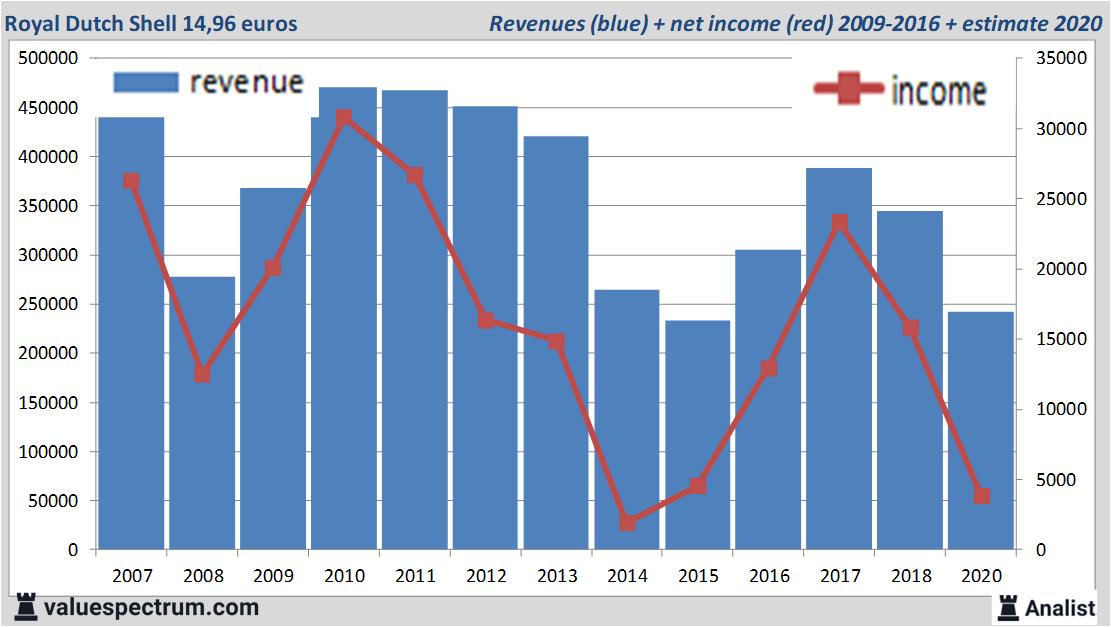 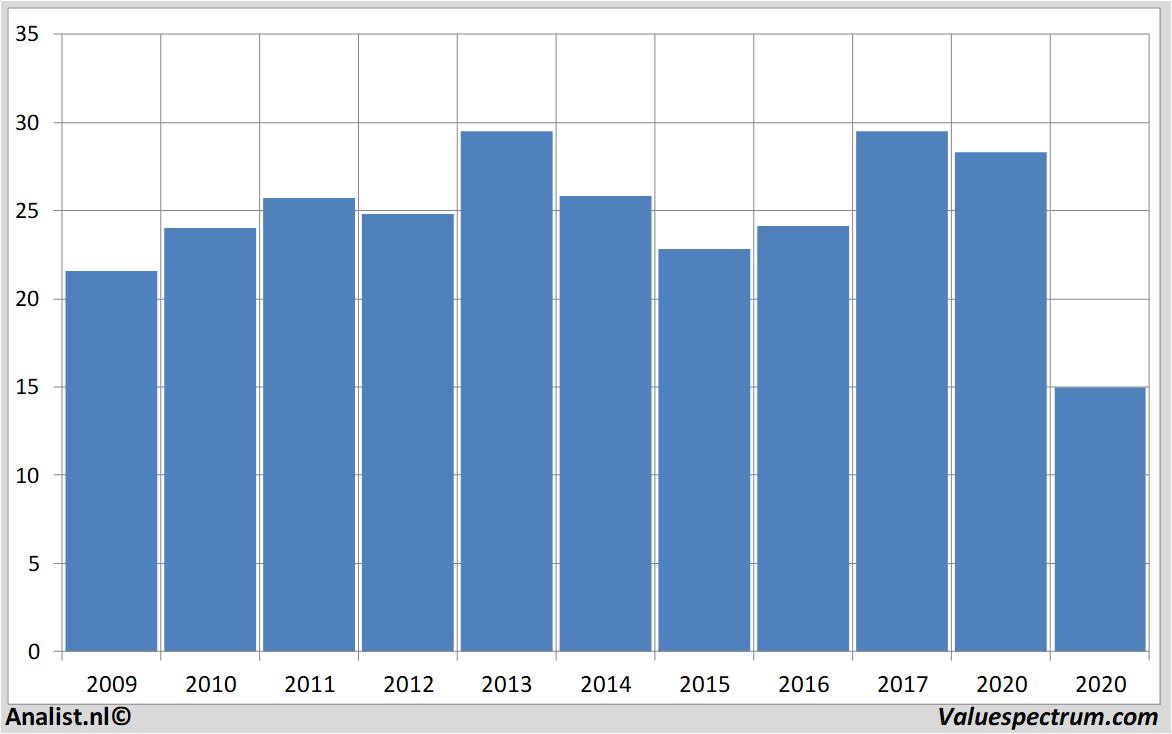